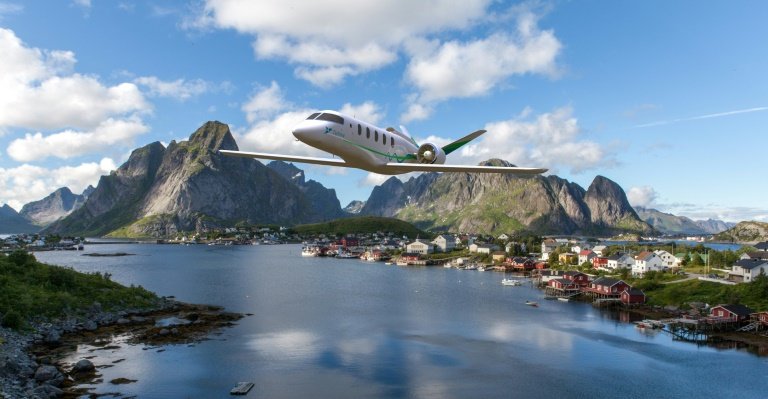 Air BP has begun offering sustainable aviation fuel to business jet customers at Stockholm Arlanda and Caen Carpiquet airports through its recently-inked partnership with biofuel producer Neste, and is looking to collaborate with other providers to increase the supply of more environmentally-friendly fuels to the sector.

The move follows the launch at EBACE last year of the Sustainable Aviation Jet Fuel (SAJF) initiative, which aims to encourage the business aviation sector to reduce its carbon-dioxide emissions through the increased use of alternative fuels.

Air BP already has a wellestablished biofuel supply chain for commercial airlines throughout the Nordic region, but the addition of Caen in France for business aviation operators represents a step towards making sustainable fuels more widely available in other locations and to different customers.

However, there is “still a global shortage” of sustainable aviation fuel and “only a handful of facilities” can produce it, says Air BP global sales and marketing director for general aviation, Irene Lores. “We’re seeing increased interest [in sustainable aviation fuel] and it is now really at the top of the industry’s agenda, but it still requires further changes at all levels,” she says. “I expect the amount of fuel to increase significantly over time, but I believe this will require interim regulatory support and long-term policy [planning].”

There is “still a premium” to pay for sustainable aviation fuel, says Lores, although it is hoped that will change as supply increases.

Air BP announced in October that it had entered into an agreement with Neste to explore opportunities to increase the supply and availability of sustainable aviation fuel for airline customers. It says the fuel produced by Neste is derived from non-palm renewable and sustainable raw materials, and can reduce greenhouse gas emissions by up to 80% over its lifecycle compared with conventional jet fuel.

Parent company BP has previously invested $30 million (£23 million) in Fulcrum BioEnergy, which produces biojet fuel from municipal solid waste. Lores says the firm is “open to other collaborations with producers” and industry associations.

Thorbjorn Larsson, general manager Air BP UK & Nordics, will participate in a SAJF panel discussion at EBACE on Tuesday 21 May at 14:00 in the Innovation Zone to discuss the properties of sustainable aviation fuel and its projected wider use within the business aviation sector.

During the show, Air BP will be “promoting sustainable aviation fuel and carbon offsetting, and getting more customers on board”, says Lores. Air BP last year launched a carbon offset programme for private flying in Europe in association with private jet charter business Victor, for which Lores says there has been “a good uptake”. It also has an agreement with Signature Flight Support to offset the emissions of Air BP Sterling Card holders at various locations.

“I’m very optimistic about how the business aviation industry is taking responsibility on this aspect,” Lores says.

Pegasus gets its wings

Wise up to rising hacker attacks